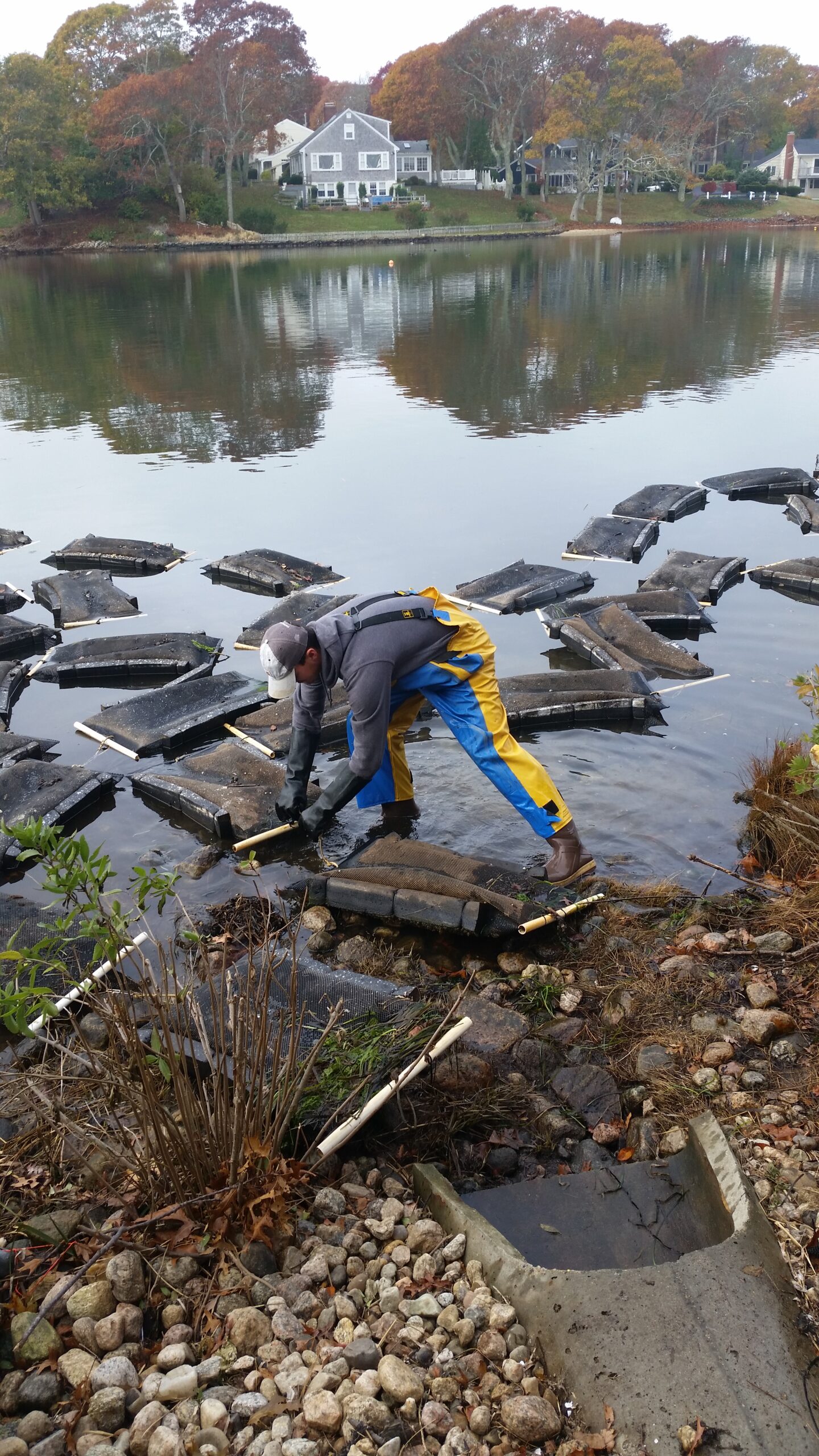 The Town of Falmouth is committed to cleaning up the nitrogen from Little Pond, using a variety of decentralized methods such as oyster aquaculture, in addition to sewering the Little Pond lower watershed. The Shellfish Aquaculture Demonstration Project started during the summer of 2013 and is expected to span at least three years. 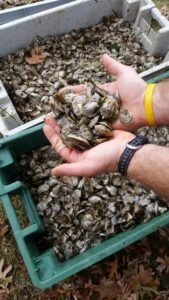 The town implemented the project primarily in a two-acre area of Little Pond in the vicinity of Narragansett Street. The Affsa and Shea families, abutters to the pond at the west end of the street, agreed to allow access across their properties for short periods to prepare the equipment and materials for the project. A small boat is moored at the end of the street to service the aquaculture activity during the growing season. A second area off of Fenton and Sycamore St. is being requested as an overwintering site for this season’s oysters. The Demo has included public information sessions throughout the project to seek input, particularly from Little Pond neighbors.
Oysters were selected because they are highly efficient filter feeders. Oysters eat the microbes (plankton or microscopic plant cells) growing on the dissolved nitrogen and other nutrients in the water. Because there is too much nitrogen entering Little Pond, there is too much plankton. The nitrogen reached these excessive levels mainly from septic system effluent that enters groundwater and constantly moves into the pond. Nitrogen also enters the pond from Little Pond Stream, precipitation and surface runoff.

To learn more about the oyster project and about CARE’s history watch this video of “Cape Conversations” filmed at Little Pond.