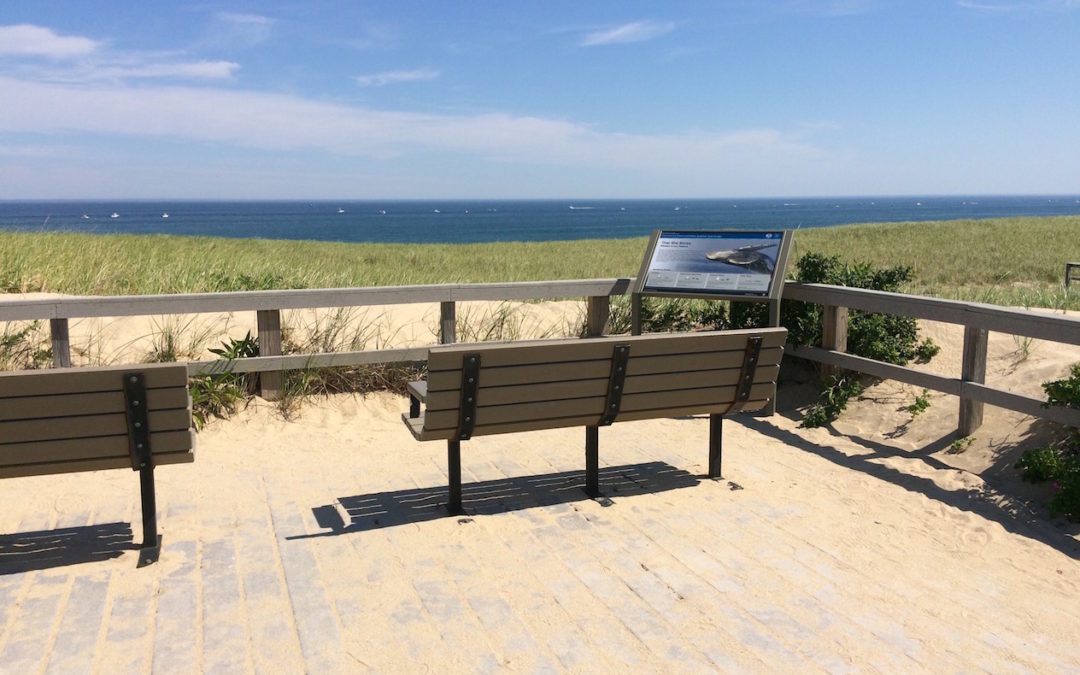 The Center for Coastal Studies which has been studying whales and their habitats on Cape Cod for nearly four decades is supporting the creation of a mini whale trail on Cape Cod similar to one out West. The Center routinely leads education walks during the spring North Atlantic right whale season to two area beaches Herring Cove and Race Point in Provincetown. These two beaches offer some of the best spots in the world to view these endangered species, and make Cape Cod a truly unique place for wildlife viewing. Unlike the West Coast, most of the whale species around Cape Cod are not migratory, but rather seasonal visitors.

This sign located at Race Point Beach connects with  a CARE sponsored outdoor sign at Herring Cove Beach, both providing information on whales. The Province Lands Visitor Center in Provincetown has placed additional signage at the site designed by Stellwagen Bank National Marine Sanctuary describing the variety of whales that visit the region as well as about the issue of plastic pollution and how we can help to reduce it.

Funding for this project was made possible through donations in memory of Beverly Talladay.