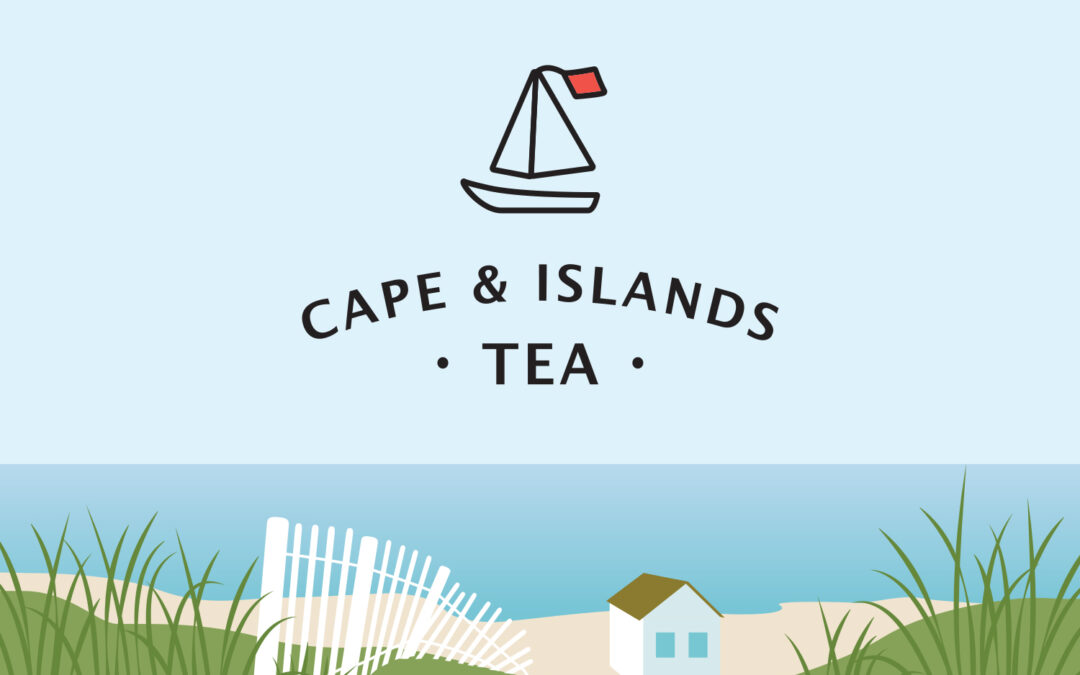 In late 2020, Peggy Boskey, along with her husband and son, founded Cape & Islands Tea. A local small business that believes in sustainable practices, Cape & Islands Tea is an important partner of CARE for August’s Shop with CARE campaign.

The Boskeys had always been non-traditional beverage drinkers and when they started living together again during the pandemic they began exploring different tea blends from small companies. After doing some research, they realized there was no company on the Cape that focused on tea sachets, which combine the greater flavor of loose leaf tea with the convenience of a bag. The Boskeys decided to start their own business and began working with someone, who grew up on a tea farm in Sri Lanka and blends the tea for the company. Cape & Islands Tea offers both traditional blends under a new name—such as the Grey Lady, which is their version of an Earl Grey tea—along with original blends for tea drinkers to try. “We believe that our product is a premium product,” says Peggy, explaining that their teas are more aromatic, natural, flavorful, and fresh than mass-produced teas.

Something else that sets Cape & Islands Tea apart is its commitment to only using sustainable and ethically sourced products and packaging. It sources its tea from independent tea farmers and its herbs and spices from sources that honor fair trade practices. It also only uses packaging that is made with biodegradable and compostable materials. According to Peggy, “It’s a small thing that we’re doing, but at least it’s something…Not only is the exterior package compostable, but what’s inside the package—the tea sachets—is as well.” She believes it is the responsibility of businesses on the Cape to help keep the environment healthy, saying “We just think that if each company could and would make small steps towards the greater good in terms of our climate, then we’d all be in a better situation than we are in now.”

Cape & Islands Tea began with only online sales, but as the company became more successful other businesses on the Cape reached out to the Boskeys asking to carry the teas in their own shops. Now wholesale is a large portion of Cape & Island Tea’s business. It can be found in shops in almost every town on the Cape, such as Lighthouse Keeper’s Pantry in Yarmouth Port, a fellow small business which serves the teas on location. Peggy has noticed a tea-affinity among booklovers and gardeners, so many bookstores and garden centers across the Cape carry Cape & Islands Tea in their shops. “We are realizing that our audience is much broader than we thought it might be,” Peggy explained. Cape & Islands Tea has found its way into the cabinets of self-declared non-tea drinkers and the suitcases of visitors to the Cape as a gift for family at home.

One of the few benefits of the pandemic that Peggy has observed is an increased desire to shop locally to support the community. “Working with other small businesses on the Cape is really gratifying because we all share a common bond,” Peggy said. With the Cape having many seasonal visitors, there are only a certain number of months per year that local businesses here can rely on to make their income for the entire year. Small businesses also contribute to the appeal of the Cape; there are not many corporate stores, which creates a charm that compliments the Cape’s beautiful natural environment.

Peggy has known Jill Talladay, CARE’s director, for many years and remembers when she first started CARE. When discussing Cape & Island Tea’s participation in Shop with CARE, she said, “Ultimately the Cape benefits from Jill’s work, and as a person who lives here and loves the place that we live in and wants to help sustain it as much as possible, our company wants to do whatever we can to contribute to that.” Cape & Islands Tea will be participating in the Shop with CARE for the entire month of August. You can support both Cape & Islands Tea and CARE by purchasing the tea in local businesses near you or on their website https://capeandislandstea.com/.